MOSMA 2018: Memories of a few days of summer 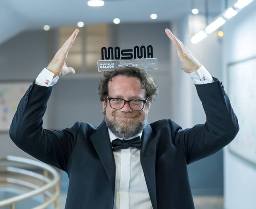 It seems almost incredible that more than thirteen or fourteen years have passed since summer began to have a fixed date that became a must. The amount of composers coming from Asia, the United States, Europe and, of course, Spain, is already much greater than what many fans would probably remember if we were to ask them without prior notice or preparation. And that, in a time that talk about a festival, event or concert related to music for the audiovisual in our country is almost common every few months. With multiple orchestras and organizations incorporating them into their regular program every year. Not to mention the multiple new formats that continue to appear. Sincerely, we live a golden age for music fans for the audiovisual. 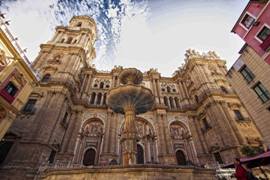 In the middle of that golden age, we have lived a few days ago the third edition of MOSMA in the wonderful city of Málaga. An event, framed within the activities of the Film Festival that every summer gives fans throughout Spain the chance to meet and approach new professionals and composers. This year 2018 probably had a roost of guests who, not only is brilliant, but also has offered one of the most original and interesting festivals of its kind in the world. And it is that, the profusion of this type of events and programs, sometimes, begins to seem a bit repetitive at times. 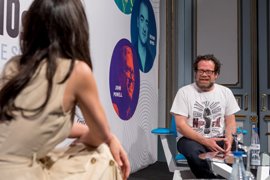 But also the contents of MOSMA have incorporated new elements that are a sign of a clear process of growth and maturity that can only continue to go further in future editions. Of course we found their recognized sections. Be it MOSMA ENCUENTROS, held again in the Rossini room of the Teatro Cervantes, and conducted by the charming and professional presence of Isabel Vázquez, to bring to the fans and curious an interesting, entertaining and relaxed tour of life, career and personality of the guest composers. Sessions open to the public and the press, where you can enjoy the opportunity to obtain signatures of your favorite records, photos and other memories. 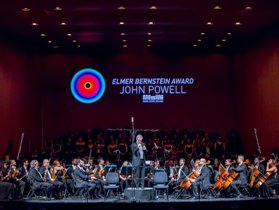 Or maybe the intimate and most relaxed MOSMA CAFE in the library area of ​​the AC Hotel Málaga Palacio. In which we have had occasion to enjoy relaxed talks among friends about film music, with the presentation of records and books, such as José María Benítez, from Quartet Records, presenting ‘Michael Kamen In Concert Mosma 2016’; independent producer Dan Goldwasser, regular contributor to record labels such as La-La-Land or 5 Cat Studios, who told us about the ‘Hubris’ edition which includes the ‘Prussian Requiem’ composed by John Powell; and the writer Sergio Hardasmal who presented his book ‘The music of Basil Poledouris’. 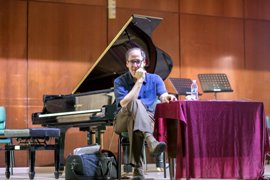 This year the novelty of new sections that open, even more, the spectrum of music for the audiovisual to new areas and fans, was incorporated. MOSMA MASTER, is a new training space that opens the presence of the guests, not to the general fan, but with a focus on professionals. Composers, musicians and film directors, or any professional who simply wants to approach the extensive knowledge and experiences of the participating teachers. A unique opportunity to receive details and advice from professionals with proven prestige in the ideal environment of the Superior Music Conservatory of Málaga.

Or MOSMA INDUSTRIA, a new meeting place in which to know aspects of music for the audiovisual never mentioned in other events and in which we had the opportunity to talk with publicists, orchestra contractors, recording rooms, agents, directors, professionals coming from criticism and communication, or those responsible for copyright, which allow us to provide a more specialized view of the sector. 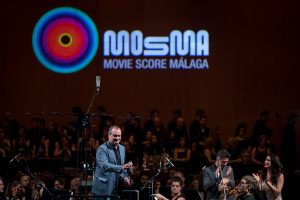 But it is evident that the guests and the concerts have been the indispensable elements that have achieved, one more year, to monopolize the attention and applause of all attendees. A mix of names more or less known among fans, but that bring together a more than important experience in film, television or video games. Starting with the return of Víctor Reyes who, on this occasion, was accompanied by the director Rodrigo Cortés. Responsible duo for known titles such as «Concursante», «Red Lights» or «Buried», who took the opportunity to present their new collaboration «Blackwood» that will be released soon. 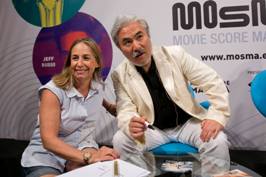 Continuing through the class and delicate style of the great Japanese master Taro Iwashiro, regular composer of the director John Woo in titles like «Red Cliff», «The Crossing» or «ManHunt». Although probably for the amateur in general were John Powell (responsible for the score of sagas like «How to Train Your Dragon», «Bourne», or the last title of the space saga par excellence «Solo, a story of Star Wars») and Christophe Beck (the musical talent behind films like «Ant-Man», «Frozen», «Trolls» or the television series «Buffy, the Vampire Slayer») that could be the main attraction to come to Málaga. 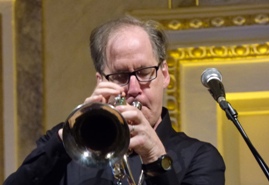 But surely, the surprise was to discover there, live and alive how great, as people and as composers, are Jeff Russo (responsible for music in series such as «The Night Of», «Legion», «Fargo» or «Star Trek: Discovery») and Jeff Beal (the soul behind the compositions of projects like«Boston», the «Jesse Stone» movie series, or the series» House of Cards»). 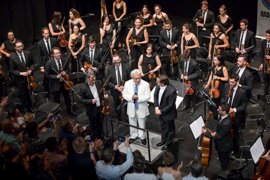 The concerts are just the icing on a cake loaded with class and style. With the individual tributes to the masters Powell, with the emotion and forcefulness of that brilliant «Requiem Prussian» presented at the Cervantes Theater, and Iwashiro, with an wonderful overflowing delicacy and style in every note that was distilled in an intimate concert at the Teatro Echegaray, in where composers showed us their most personal side. Even electronics had its place with the presence of Oblique and Carlos Bayona in a tremendously personal and original session. 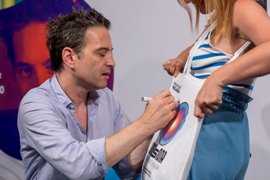 But this year, television had a more than outstanding presence with a two-part concerts of very different characteristics. A smaller and more intimate in the Unicaja Concert Hall Maria Cristina, which brought us to the brilliance and rhythm of Jeff Russo and Jeff Beal, who allowed themselves to demonstrate to the audience their quality as instrumentalists (drums and trumpet respectively). Something which was wonderfully confirmed in his symphonic concert. But we still had the final detail, with that wonderful closing concert in which the music of Reyes, Beck, Iwashiro and Powell completed a souvenir album for this third edition of MOSMA, which I doubt many of us will forget.

And the little details are still not mentioned: those comments, those photos and encounters of fans, those fortuit crosses with the composers in the streets or in their talks, the tapas, the terraces … many small postcards that make up a wonderful collection of memories, framed in all the activities and guests that MOSMA has offered and that have managed to bring the music to the audiovisual, not only to the great fans, but also to the public in general. A tapestry of memories and brilliant moments that are only the reflection of what can be enjoyed on a few days of summer.